This was the first time in God only knows how many years I went camping / fishing with my dad, who brought along his dog Casey (a sorta weimereiner mix from the local Humane Society who's probably 8-10 years but acts 8-10 months). We headed out Sunday afternoon - for those of you with a map or really familiar with the Sierra Nevada's : the area is ~ 5 miles NNE of Lake Spaulding, near the I-80 / 20 intersection. We started hicking a little sooner than expected, the road to the trail head was blocked by a large snow drift about 2 miles down. Most of the rest of the road was clear until the last 1/2 mile, where we started to wish for skis, snowshoes, a blowtorch, whatever. Casey loved it though, running up and down, chasing snowballs, jumping all around. Fortunately the snow is hard enough that we usually didn't sink more than a couple inches Going cross-country, trail hidden, with an annoying lack of blazes, caused us to reach the first camp close to dusk. This was by Sanford lake, which with the exeption of a few places by the shore, was frozen over. The night was cold, we didn't have much daylight to scrounge for firewood, so we ate & went to sleep. Monday morning: Did I mention those few ice-free spots on the lake? The no longer existed! (nice sleeping bad! warm sleeping bag! 3 shirts and a sweater and a sleeping bag! I wasn't a damn bit could, not even after I put on my wet shoes (well, maybe my feet were). We broke some of the thinner pieces of ice, and tried fishing, with no luck. Baybe the trout were hibernating? (the forest dept. claims to stock these lakes). Do fish hibernate? Do I remember how to fish even? (barely) Did I ever know enough about fishing to remember anything? (nope) Damn, outsmarted by something with a brain smaller than my cats left nut. No matter, the views were incredible! Long and deep wodded (and de- wooded) valleys, forest and snow covered mountains, dark gray granite monolithic peaks,and I can't describe them worth a damn so you'll have to wait for the photos. We broke camp, headed back to the ridge approximately where the trail kinda shoulda been, which didn't help much since we left it after a short distance to go to the next lake, Dawney Lake. Did I say the last one was beautifull? This one outranked it in every way (except for living eating fish, but they don't count. How could they, what with that fingers and toes thing...). Pitch camp, scrounge long and hard for firewood, read a nice book (Aftermath, Charles Sheffield), walked around the lake, had my sleeping bag warmed up by the dog, got outsmarted by more imaginary fish, dinner, campfire, wish I had brought a star chart 'cause I sure as hell can't find the constellations with so damn many *stars* visible, went to sleep. Much warmer last night, I didn't need more than one shirt, & I could even stick my head oout of the sleeping bag for (despirately needed) fresh air. Tuesday am: Finished the last of the coffee, which means the only one who could possibly survive another day was the dog. Happy Dog! A slow trek out (uphill, and oh! my sore calves) On the drive out, we admired a helicopter moving some logs (felled & stripped trees) at the base of Fuller Lake. I don't know if this was logging, or for the Spaulding Hydroelectric Project (a sign for that was at the head of Fuller Lake, and Spauling ain't far off if you cut a tunnel through that there hill) Damn that pilot was impressive! Hover for ~30 seconds to pick up 1-2 logs, fly 1/2 mile, brake (whatever), hover 5 seconds MAX to drop the log(s), and head back. Much better piloting than anything the military has done (my expirience being based on the movies). Now I'm just killing time waiting for the ibuprofen to kick in... Ahh, I need to go camping more... 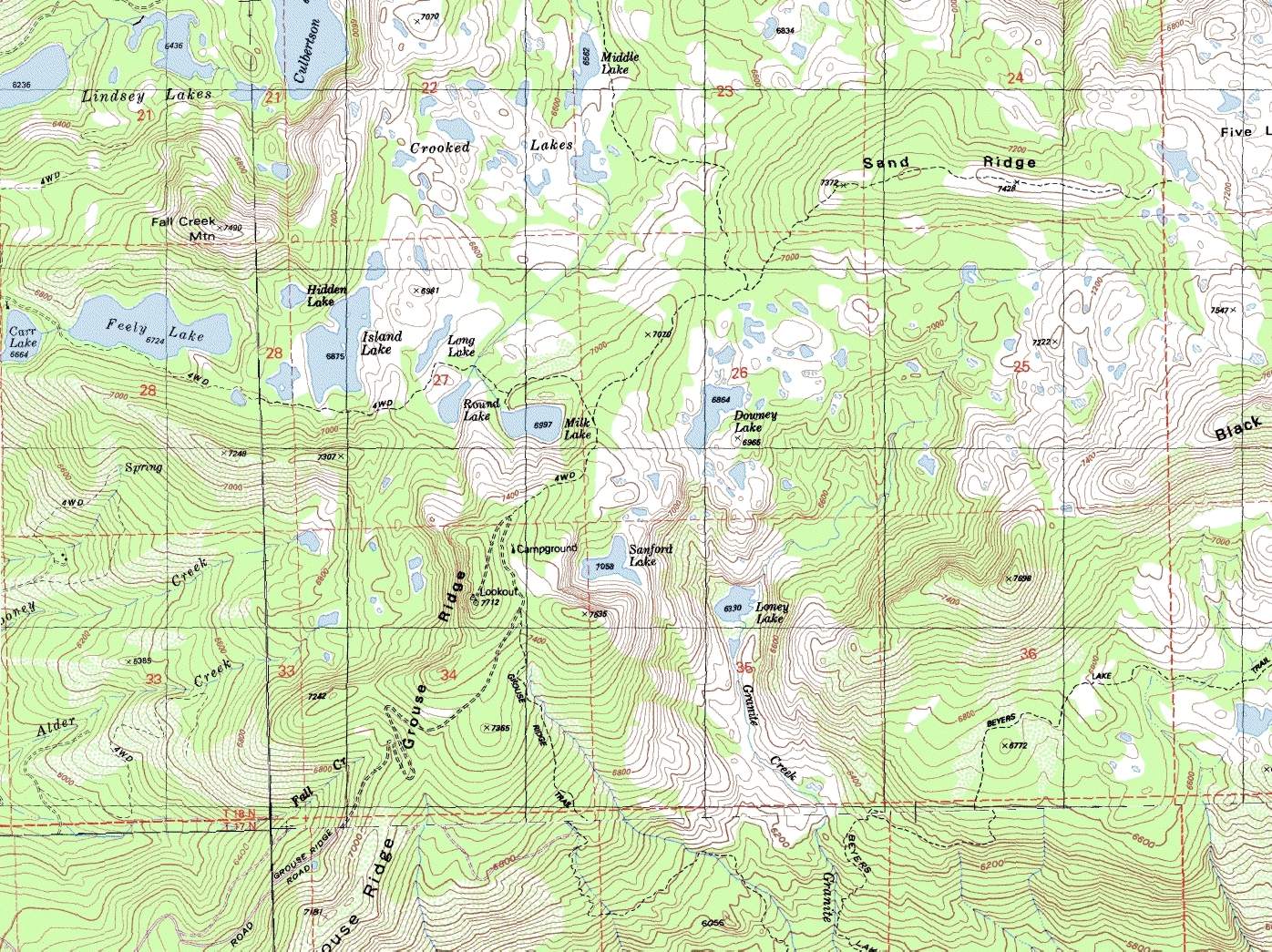 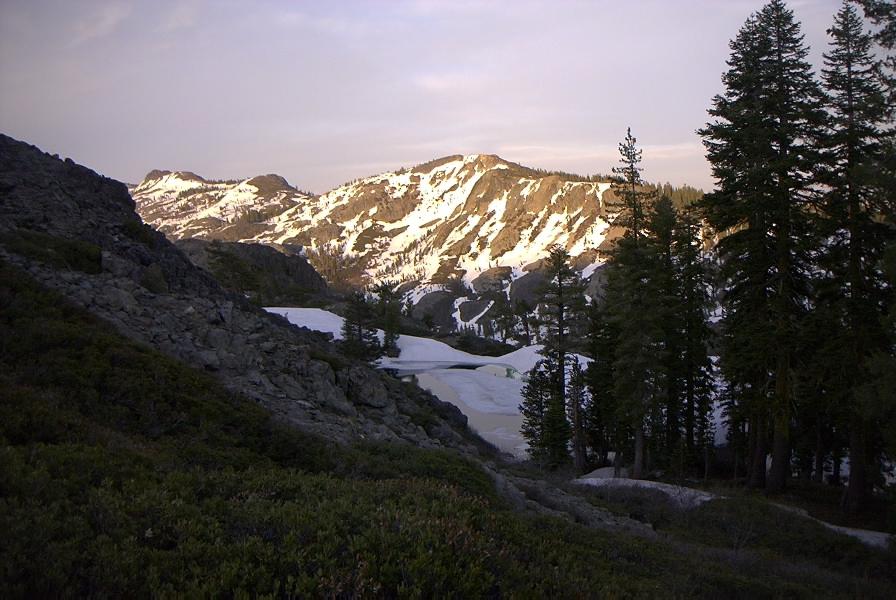 a pond above Sanford Lake 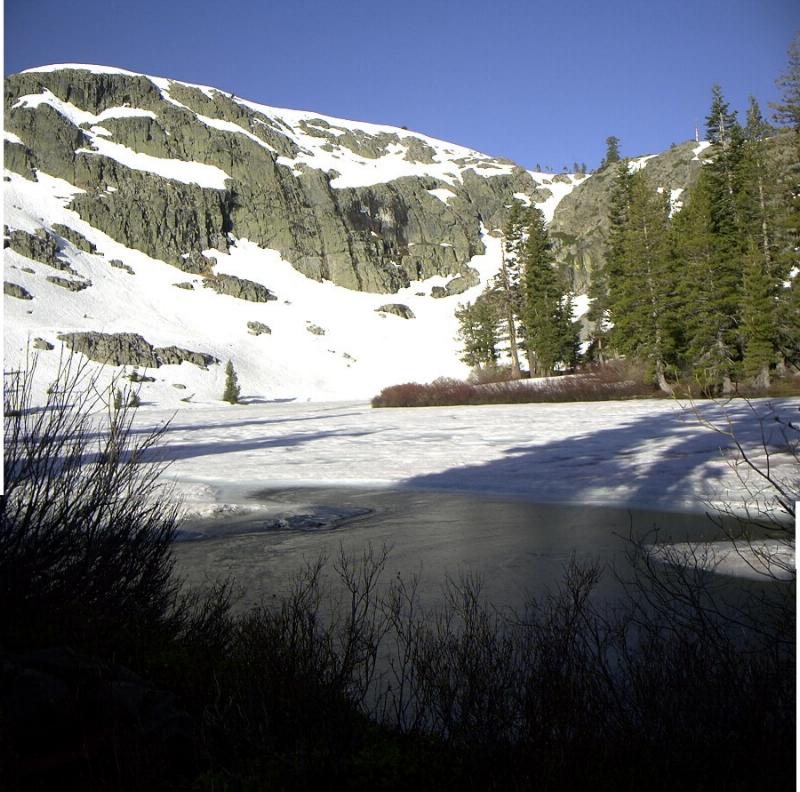 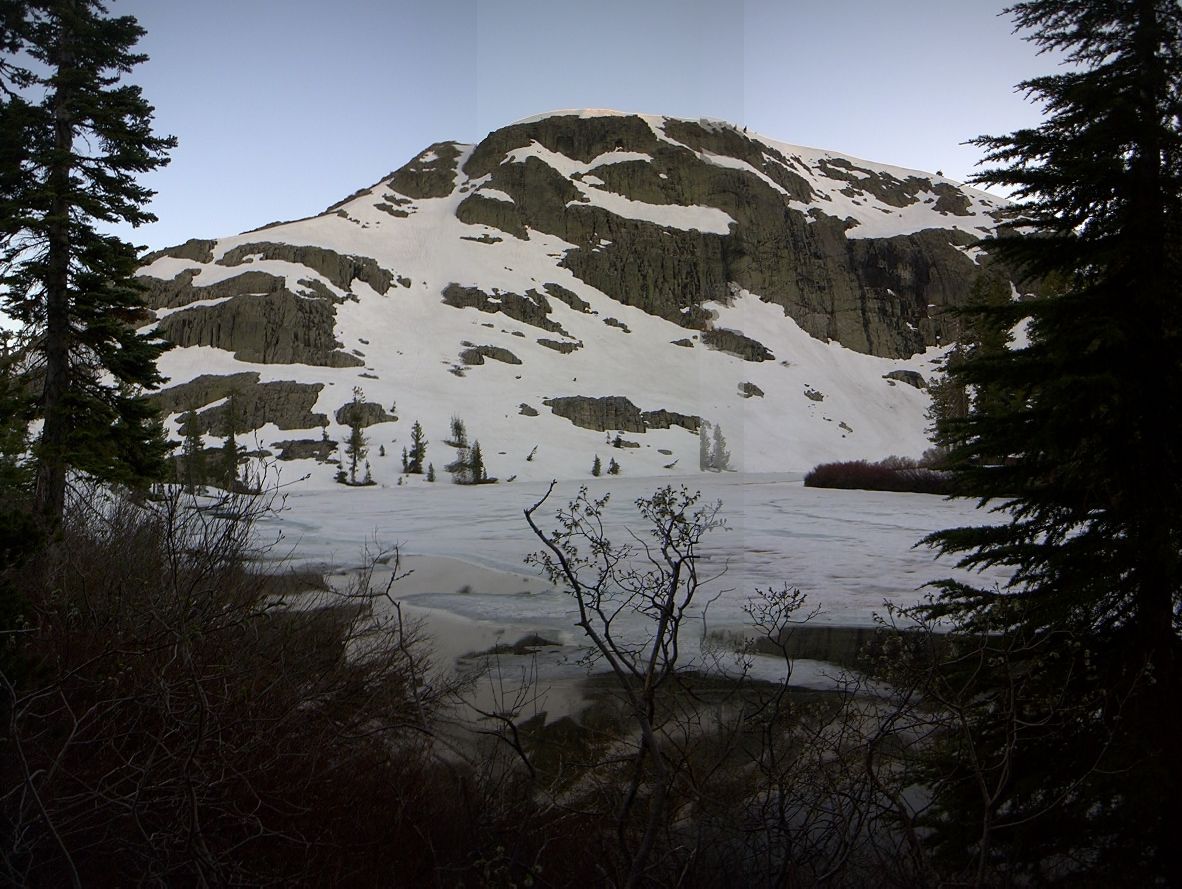 At left is the view from our campsite. 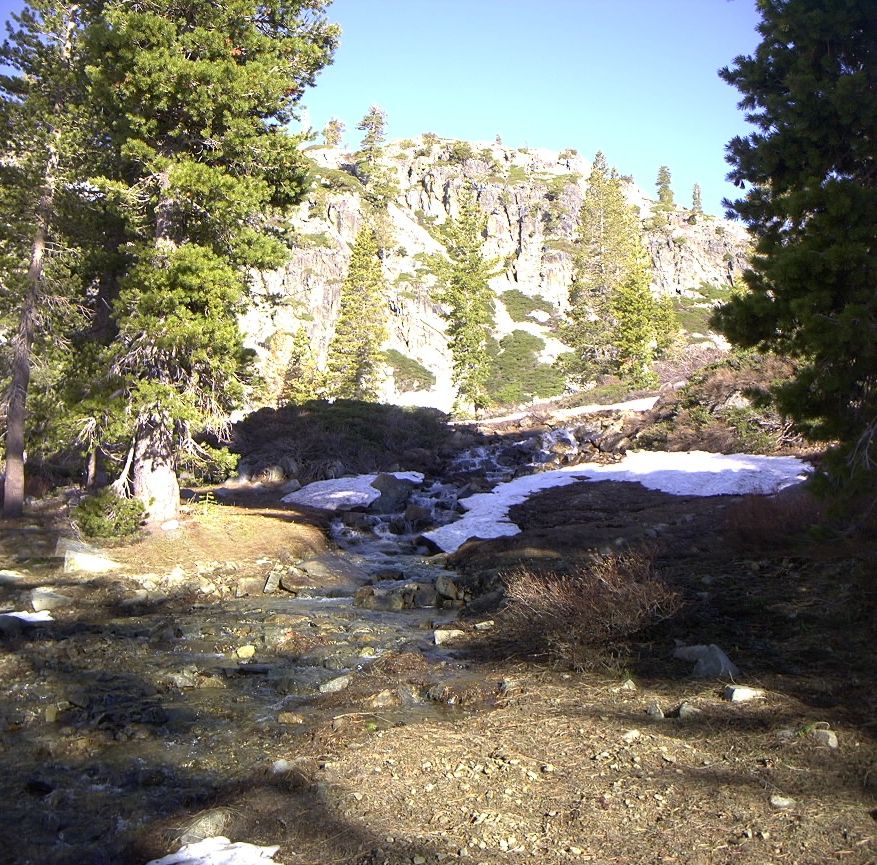 One of the streams feeding Sanford Lake. 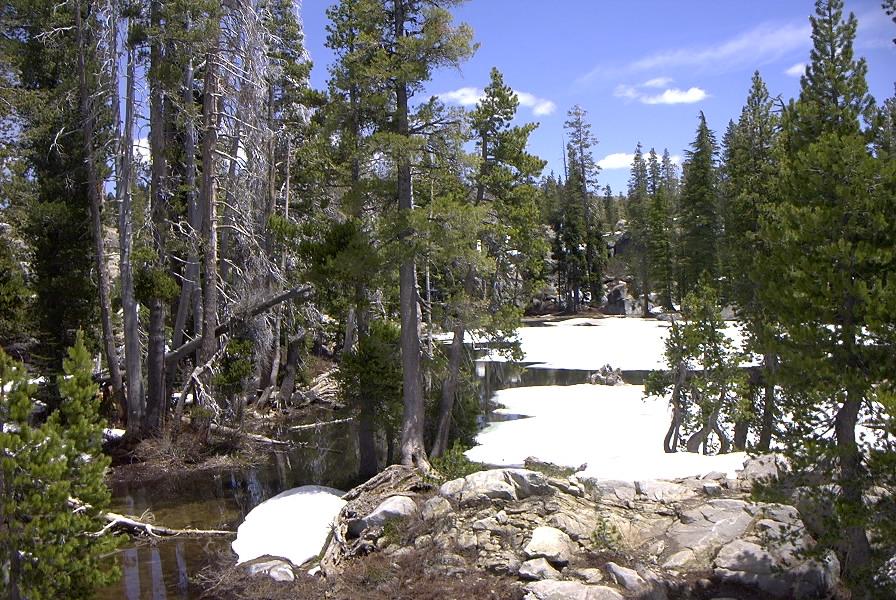 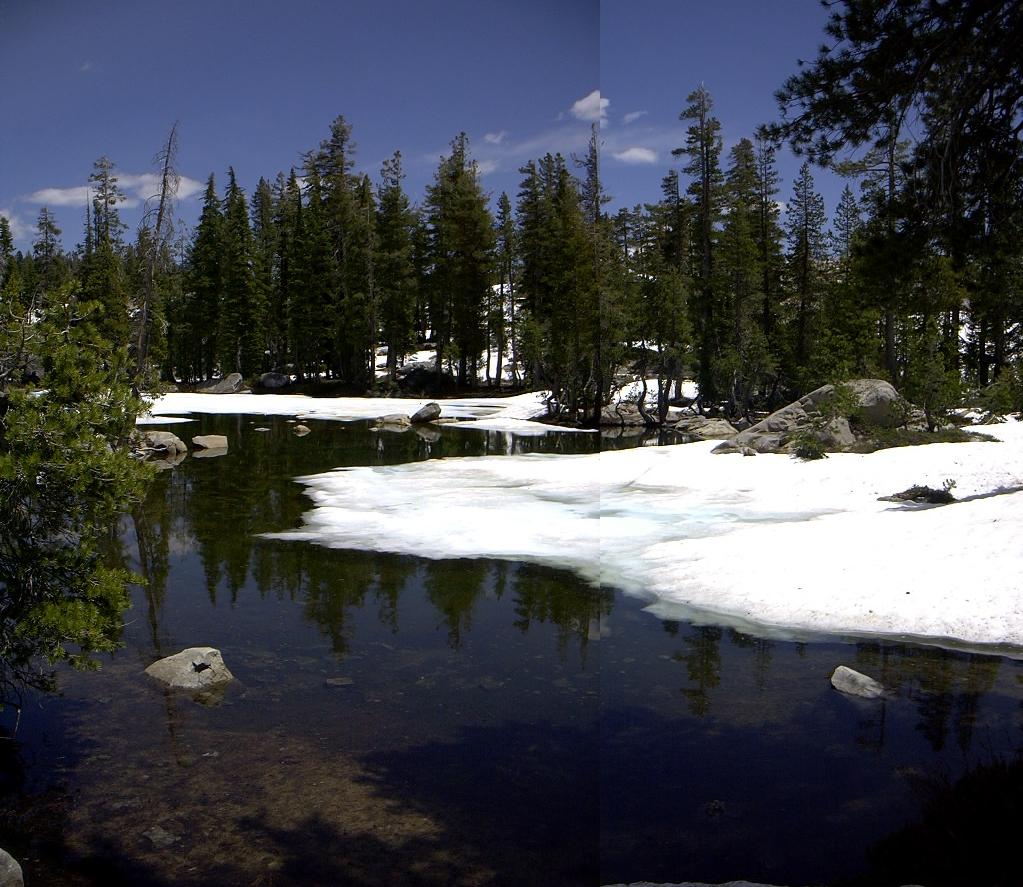 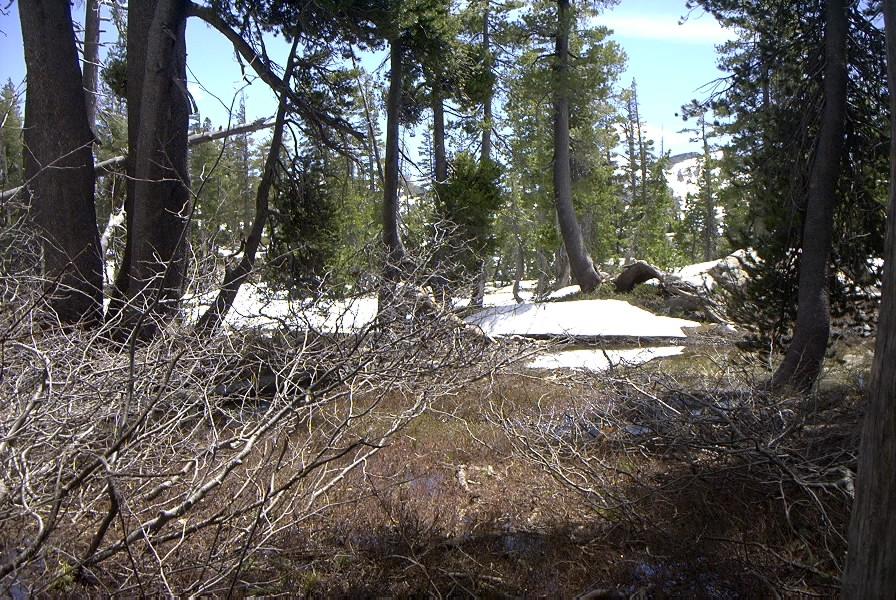 A pond above Downey Lake, at times it's more of a marsh. 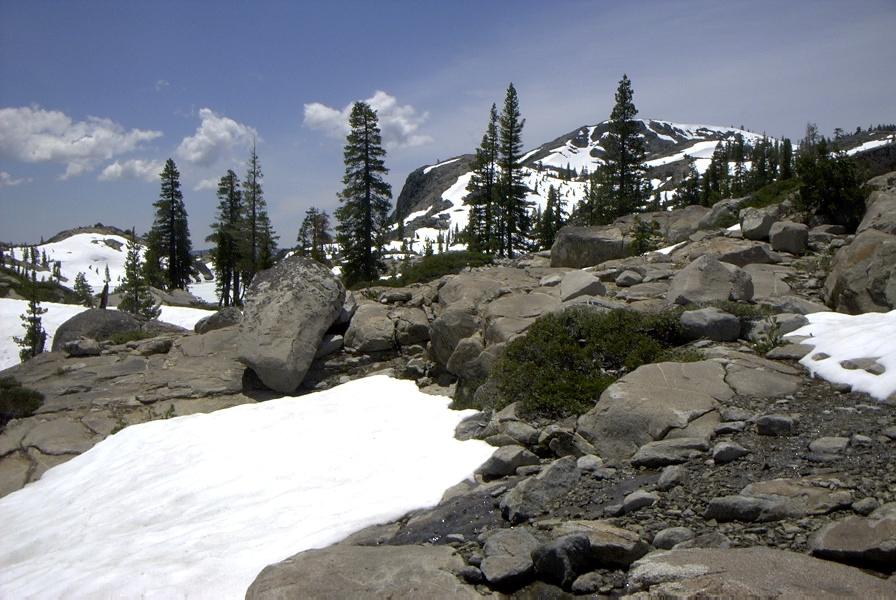 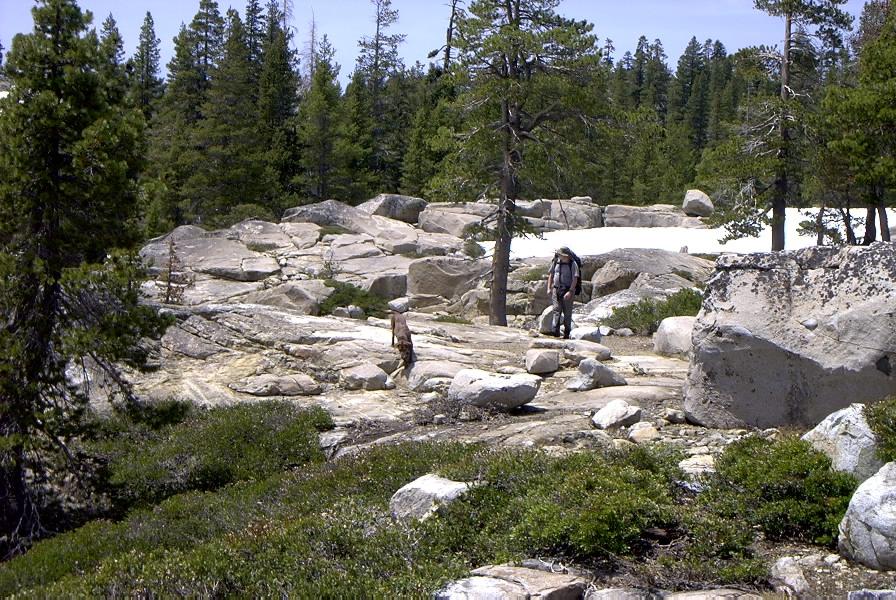 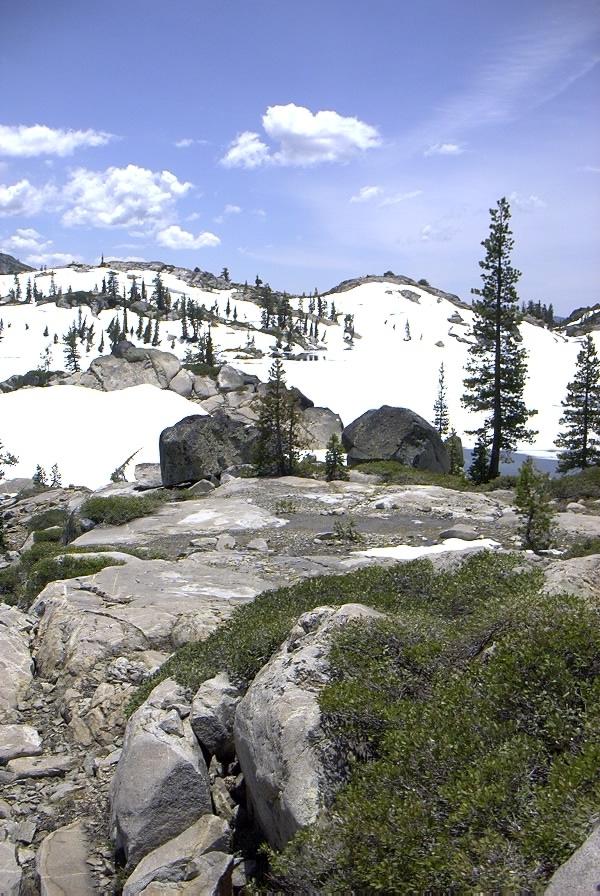 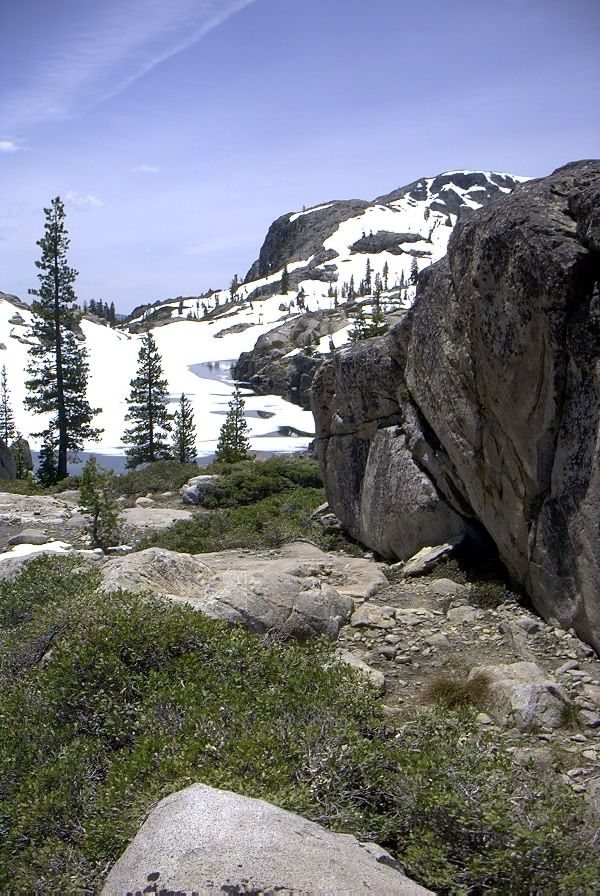 Heading down to the lake. 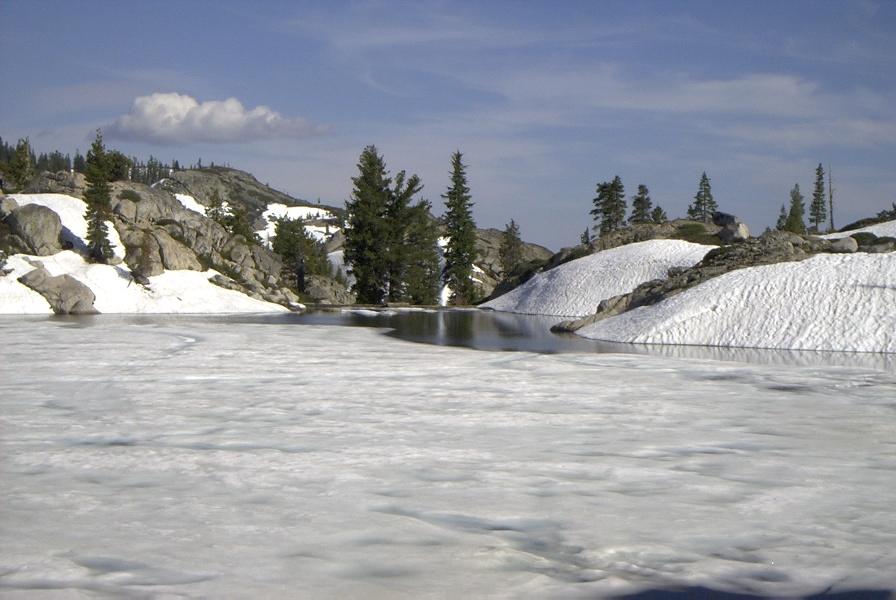 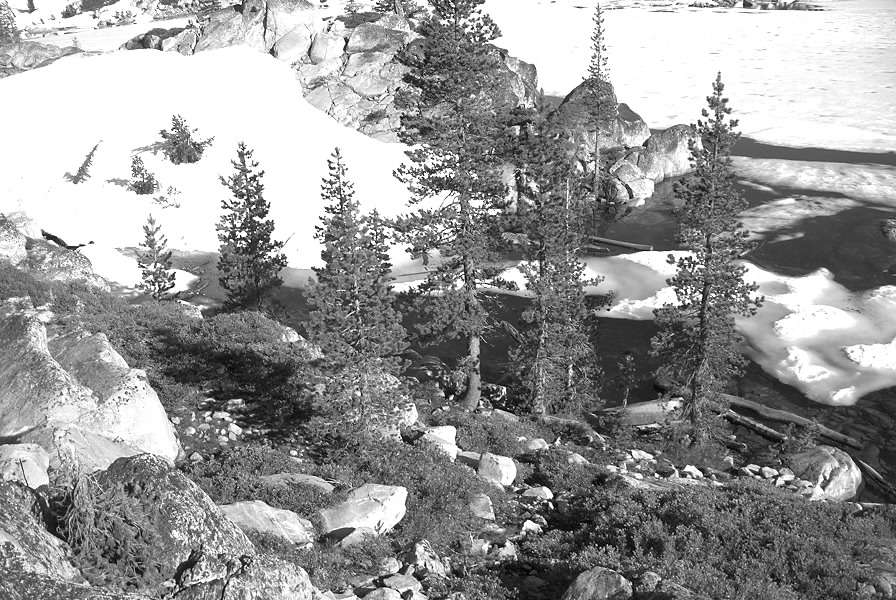 One of the streams feeding Downey Lake, this one is the outfolw of the pond shown in previous photos. 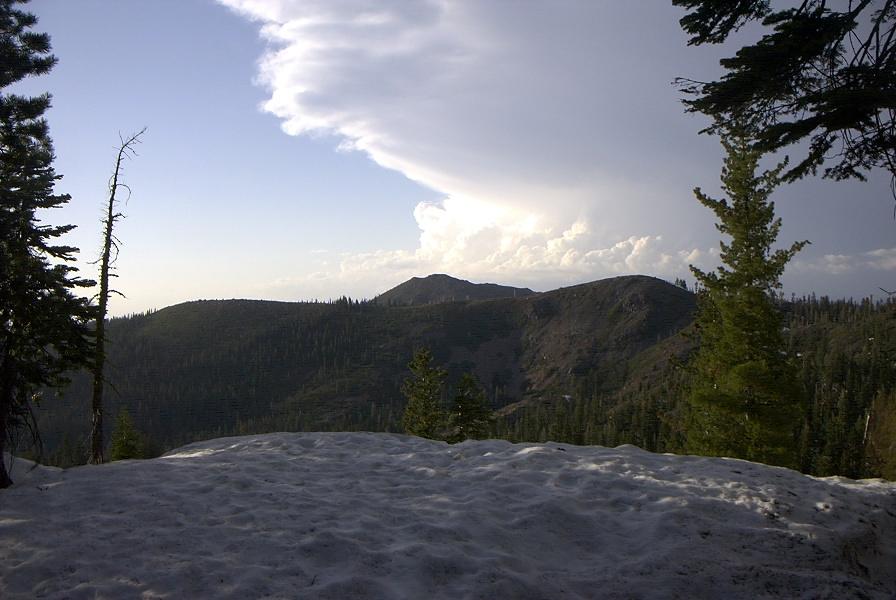 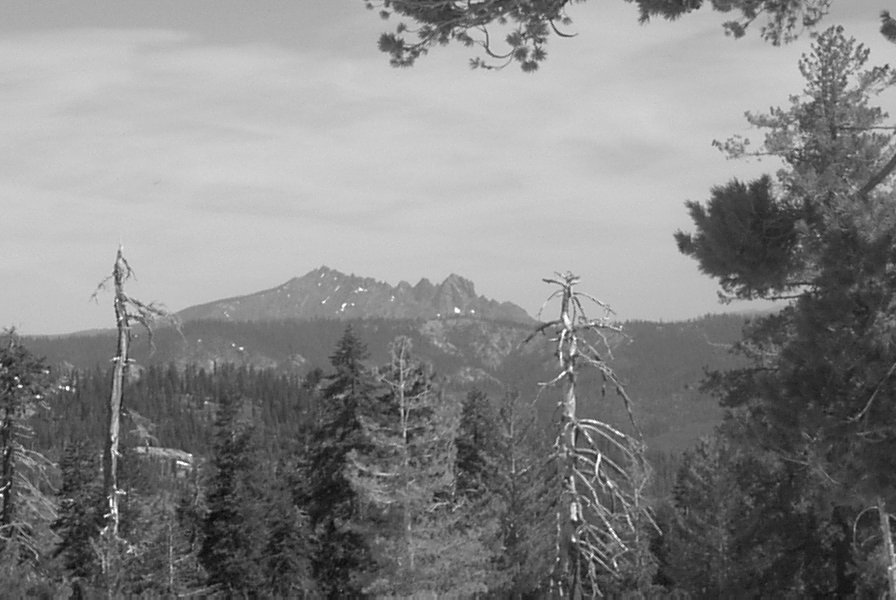 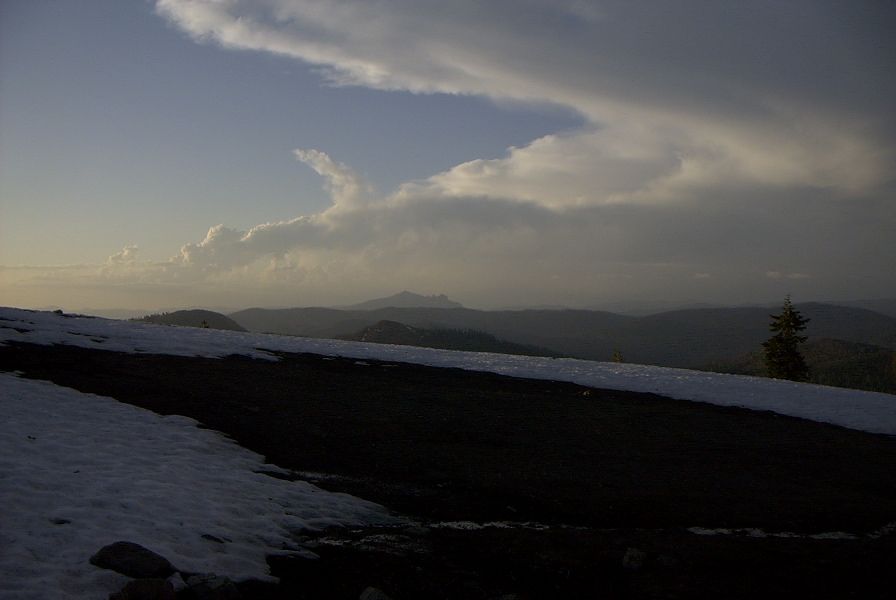 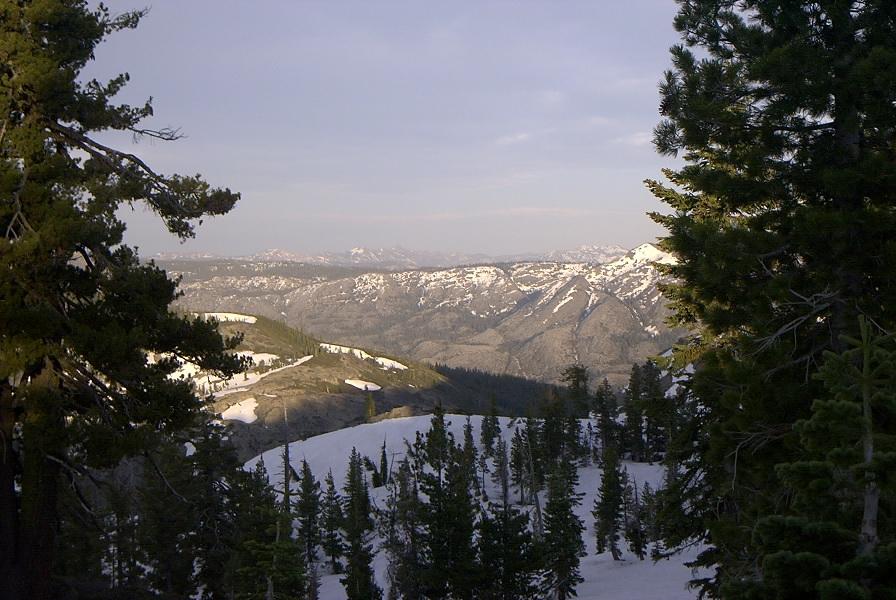 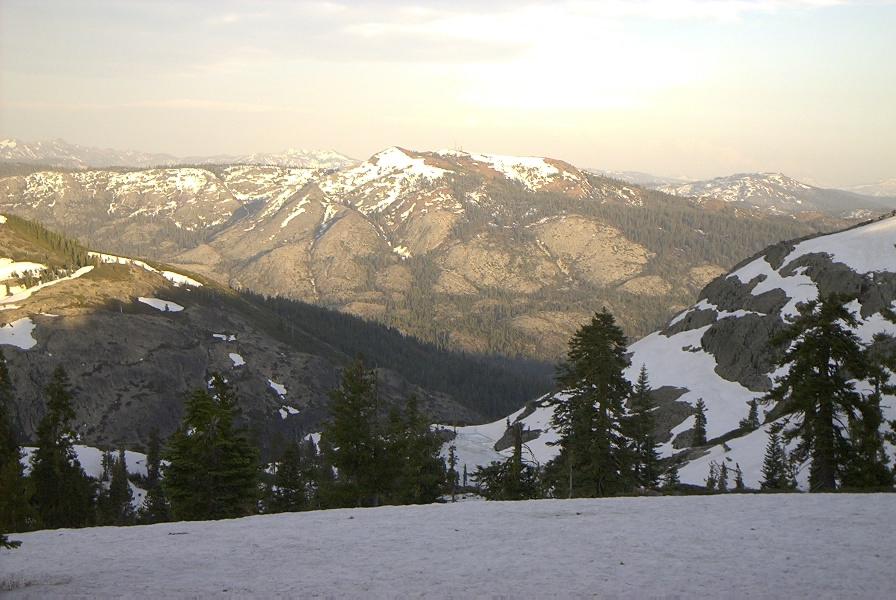 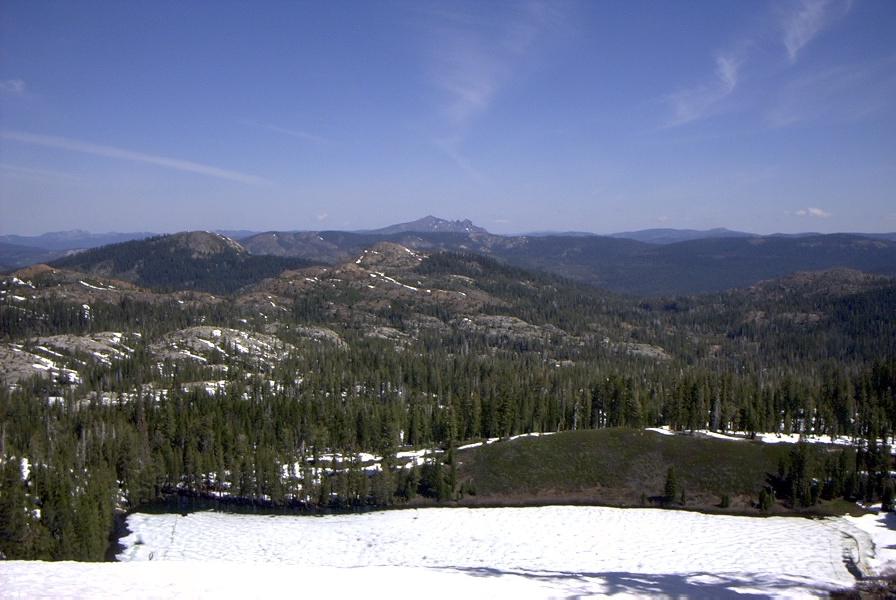 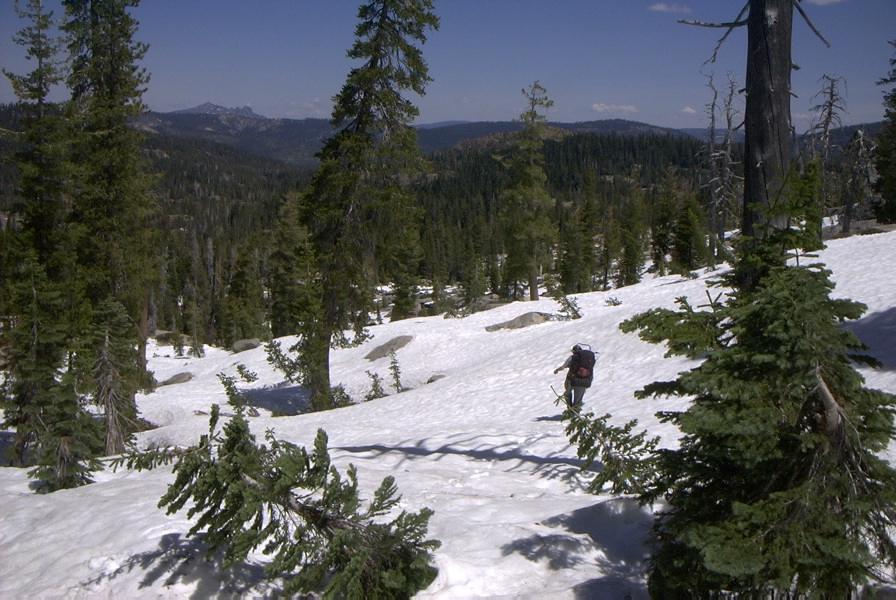 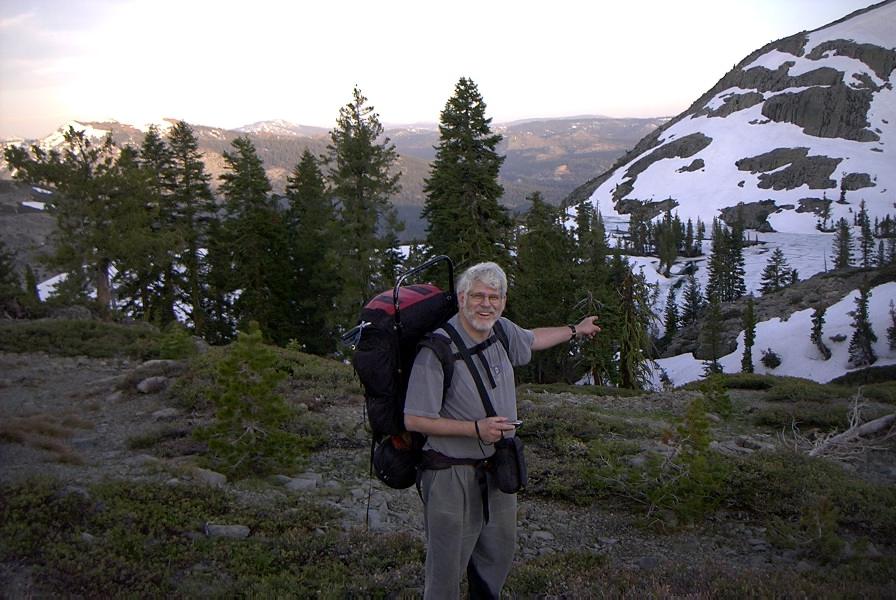 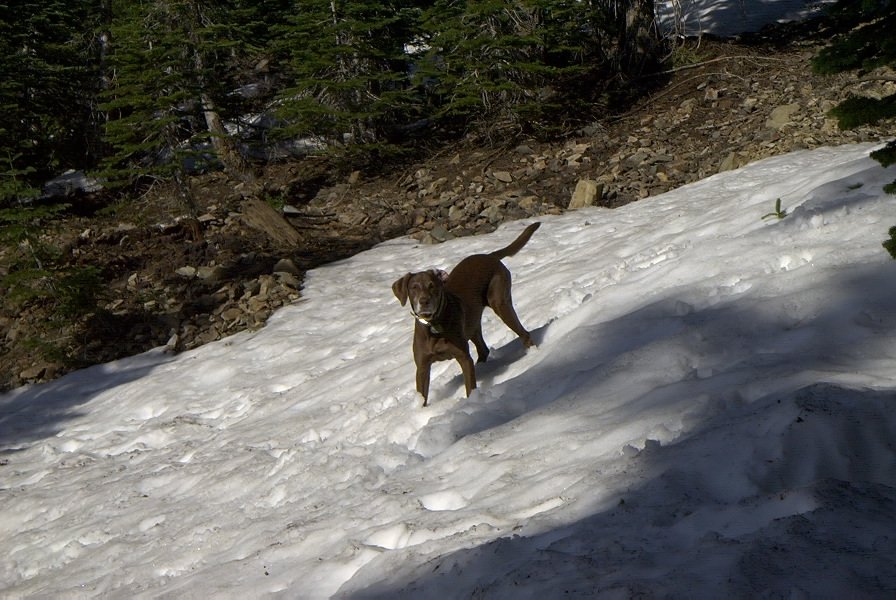 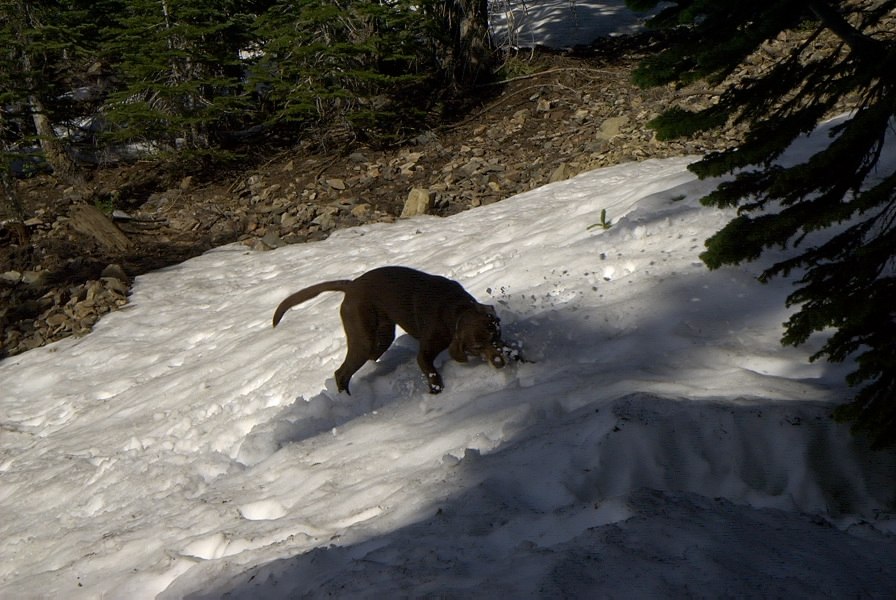 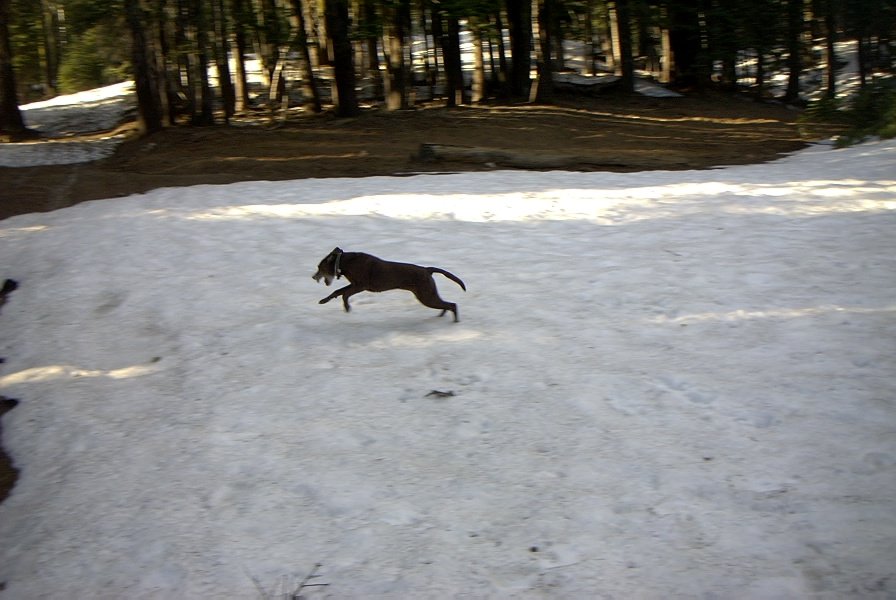 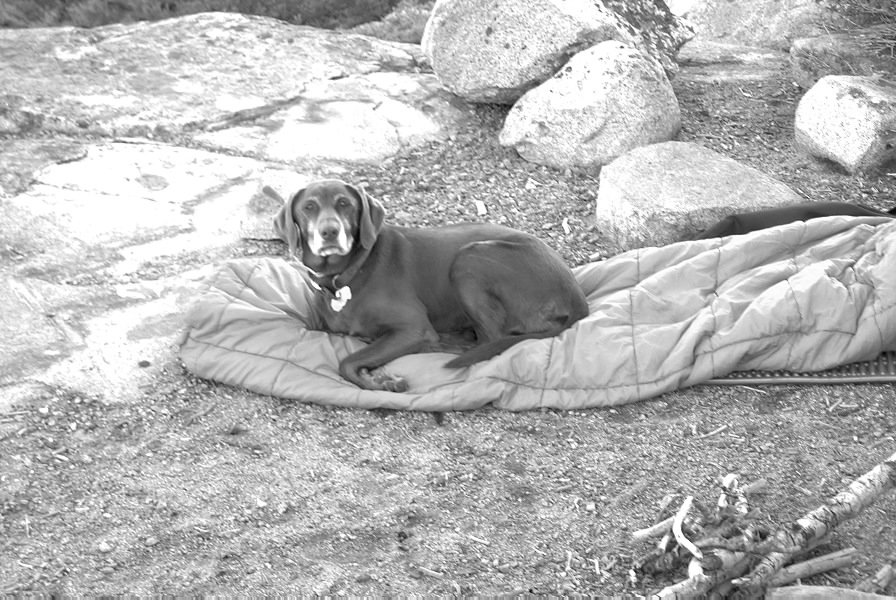 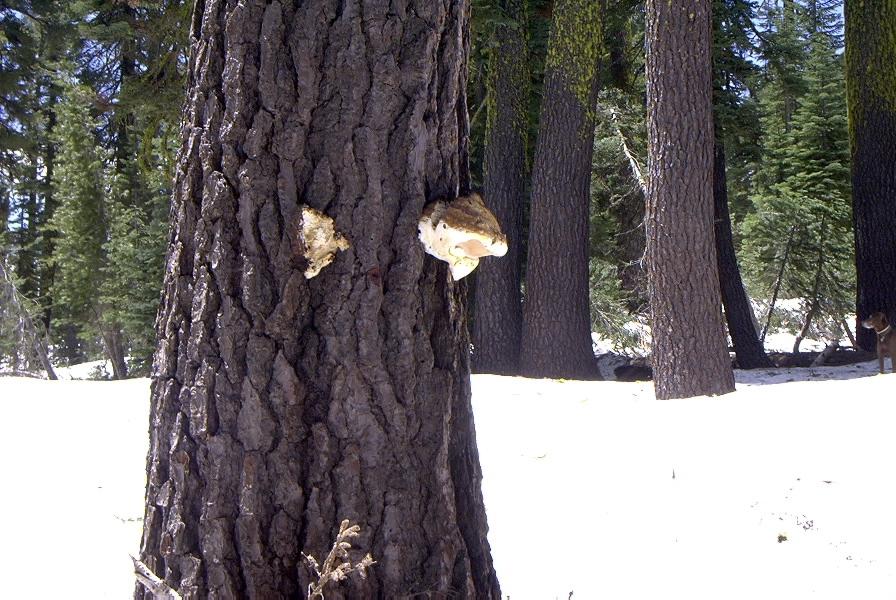 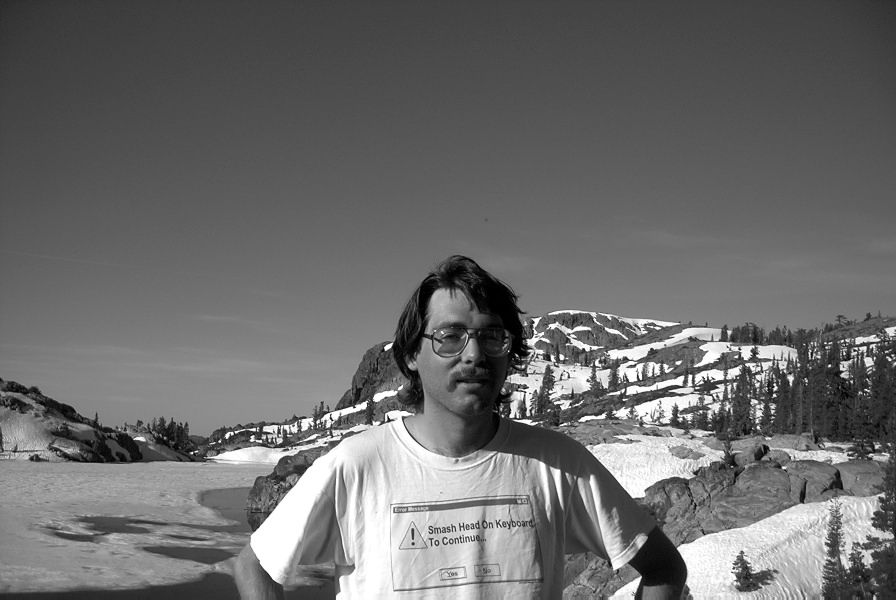 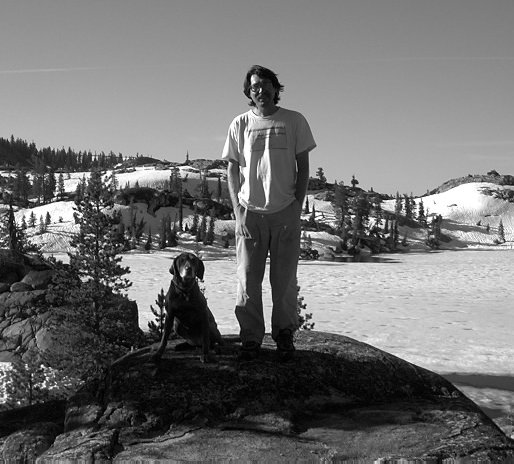