The box says this:

First build as a blockade runner during the American War of Independence. The new U.S.A. government then armed them with canons to deal with the slave trade. Later on they moved many thousands of the population to California, and especially when gold was discovered there in 1849.

The advent of the extended railroads and the new sea passage of the Panama and Suez canal spelt their doom, as the new steamships could negotiate these channels

I think somewhere I came across a specific history, built in the early 1800's cargo, outfitted with canons for defense against pirates, commissioned by the US navy c1840. Not sure where I read that...

Excerpts from the instructions (14 pages, plus 6 sheets of plans. good instructions and it all matches! {see the next ship why that matters])

Regarding the railings (which I didn't craft very well ):

Another good method of shaping, is to use the steam iron. this gives an adequate amount of moisture to shape the strips and also assists in drying it out to that shape. However, we have no wish to disrupt the harmony of the home, and you should incorporate the assistance of the important female side of the family using as much diplomacy as you can, and which we fell you are capable of doing as a valued client of Artesania Latina.

The next step is to stitch the hems. ... We realize that stitch sewing is not suited to male hands, and if you can incorporate some female aid here no doubt you will have an easier job but also a high quality job done. So use your natural diplomacy and charms to persuade the feminine part of the family to do te job for you, and if they have an electric sewing machine, it will a bevery easy job for them and no doubt you will be able to reward them for their help in making a good job for you.

I assume the reward is not dinner out? ;)

Now at this point, we tried several times to try and describe the mounting of these working rigging lines, and try as we did, we always finished up with a description that would only serve to confuse the ancient mariner." 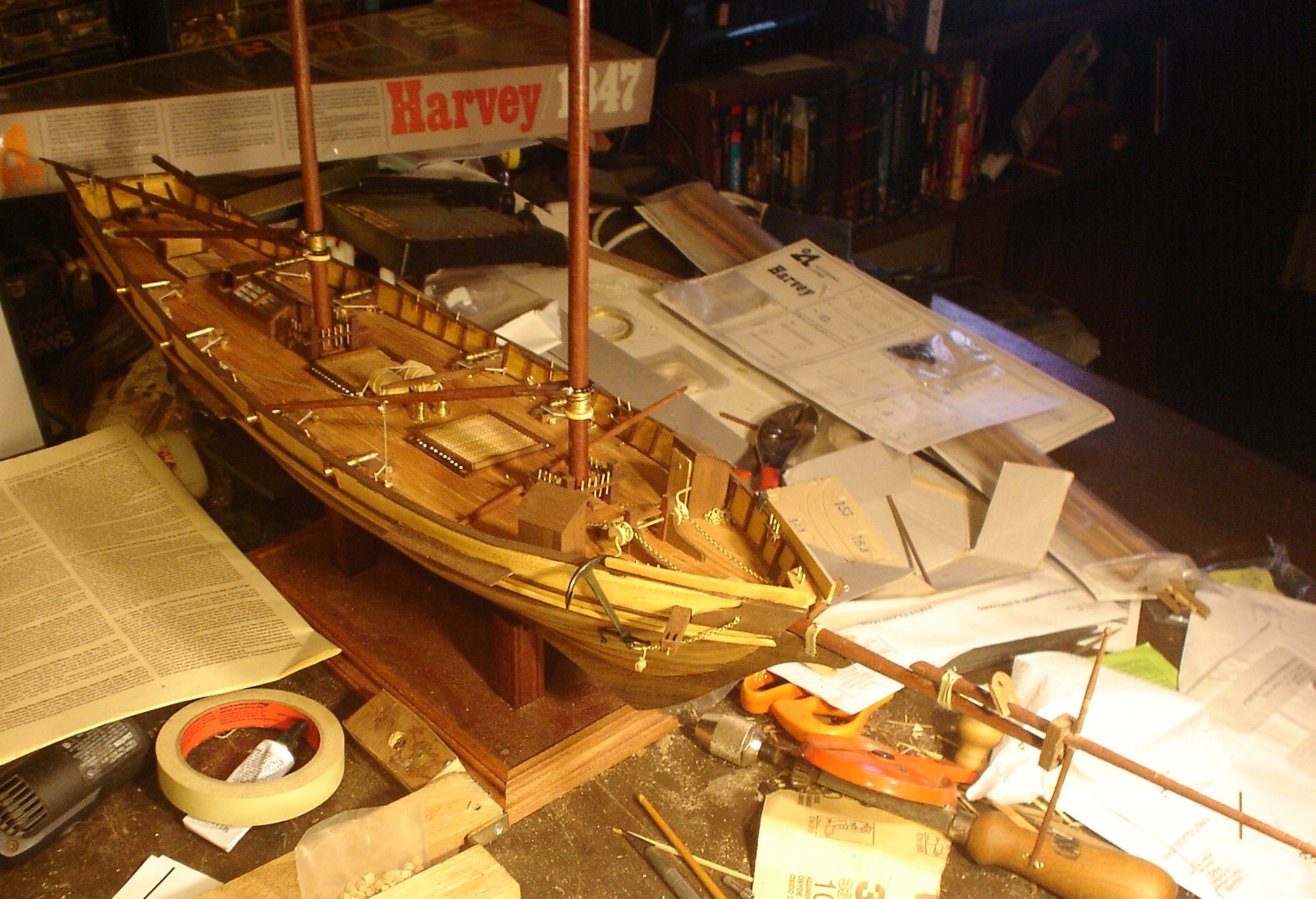 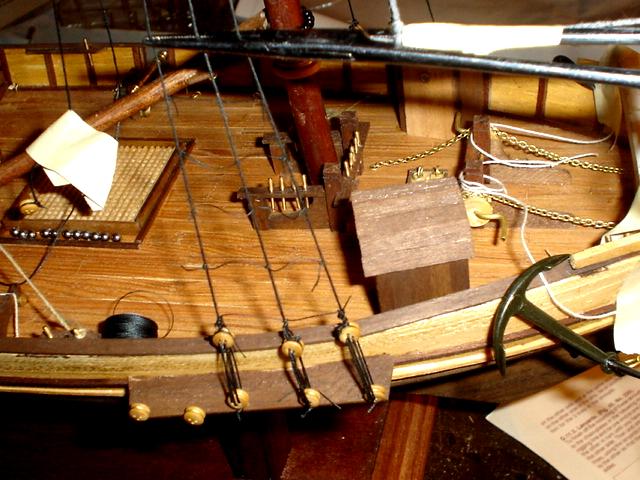 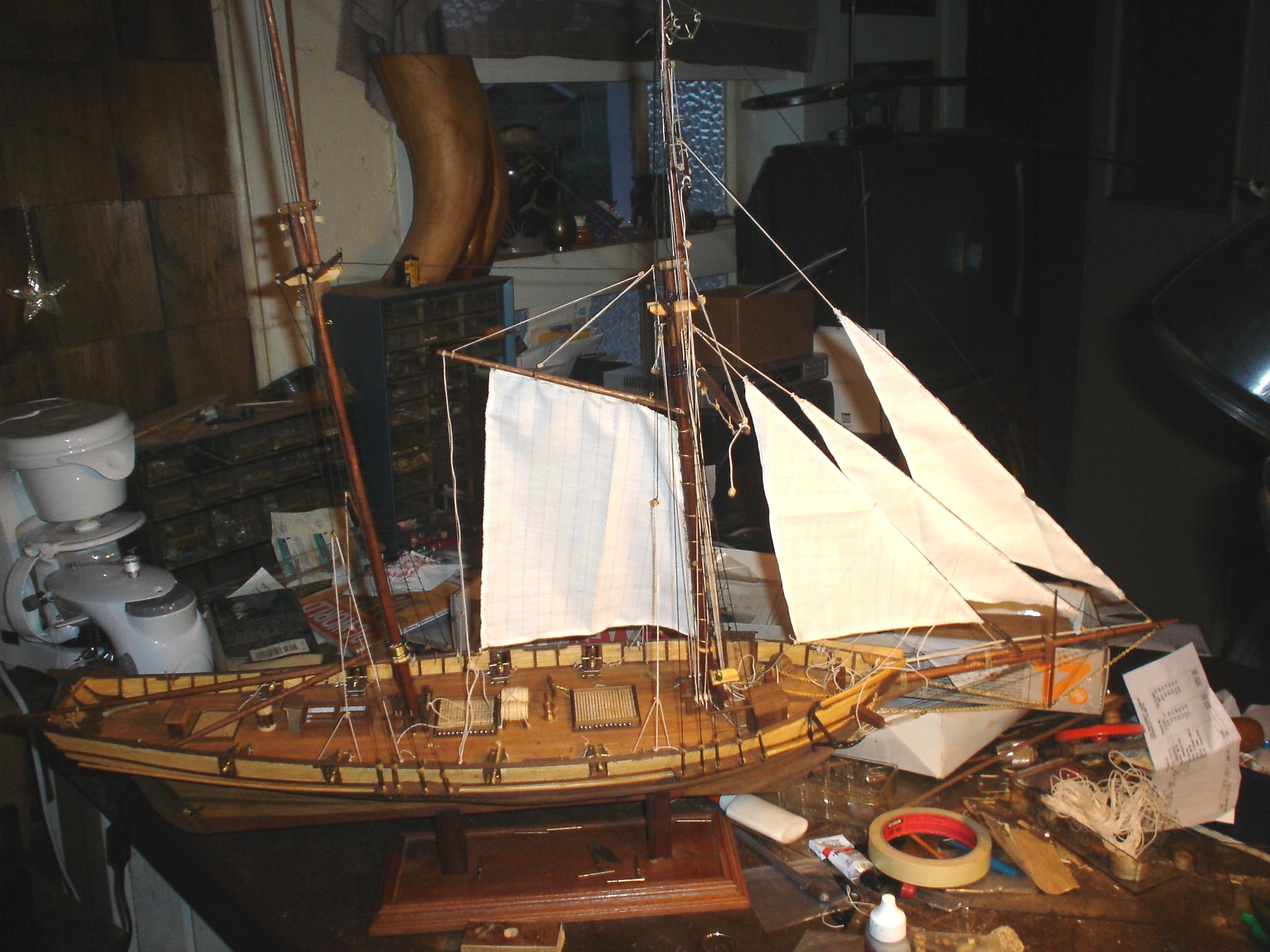 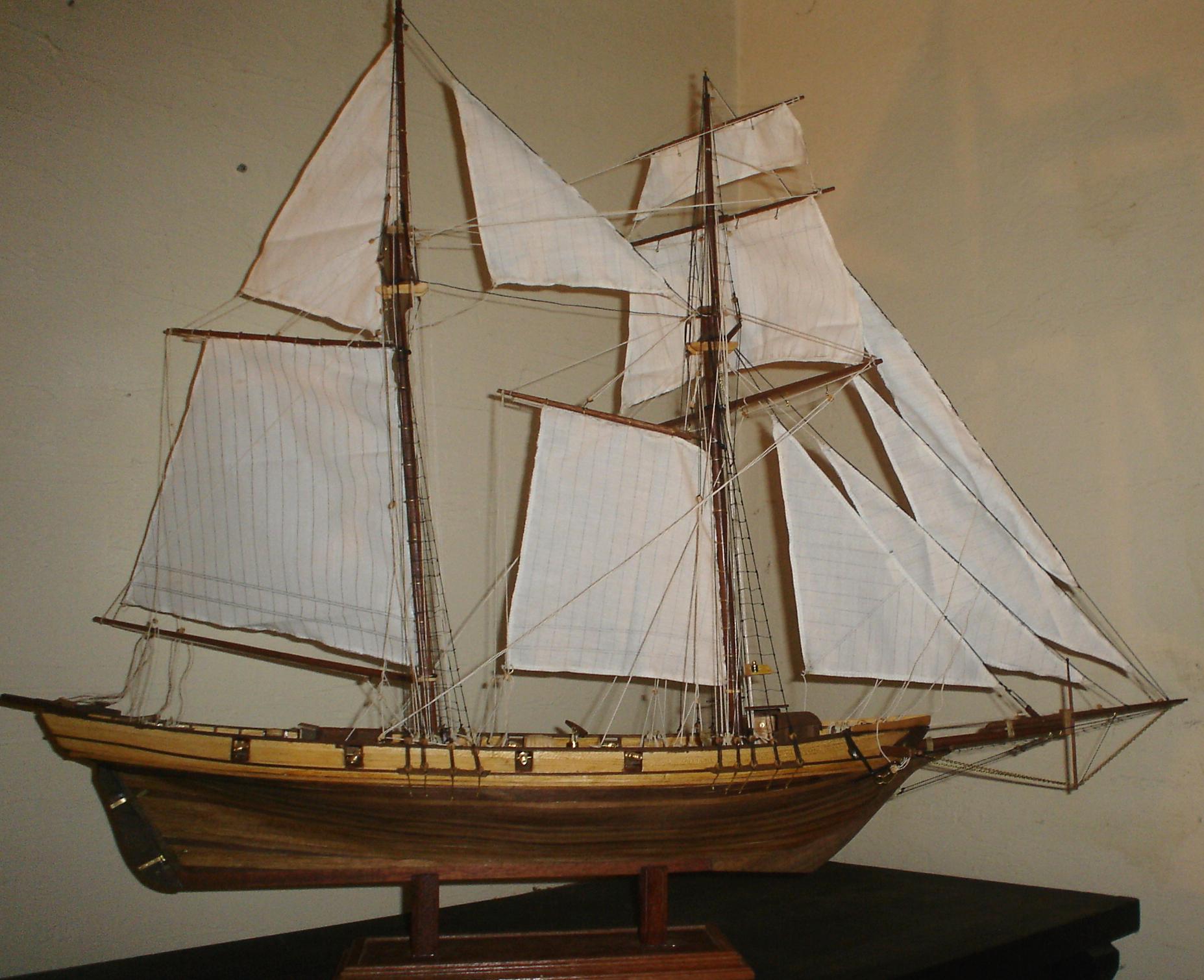 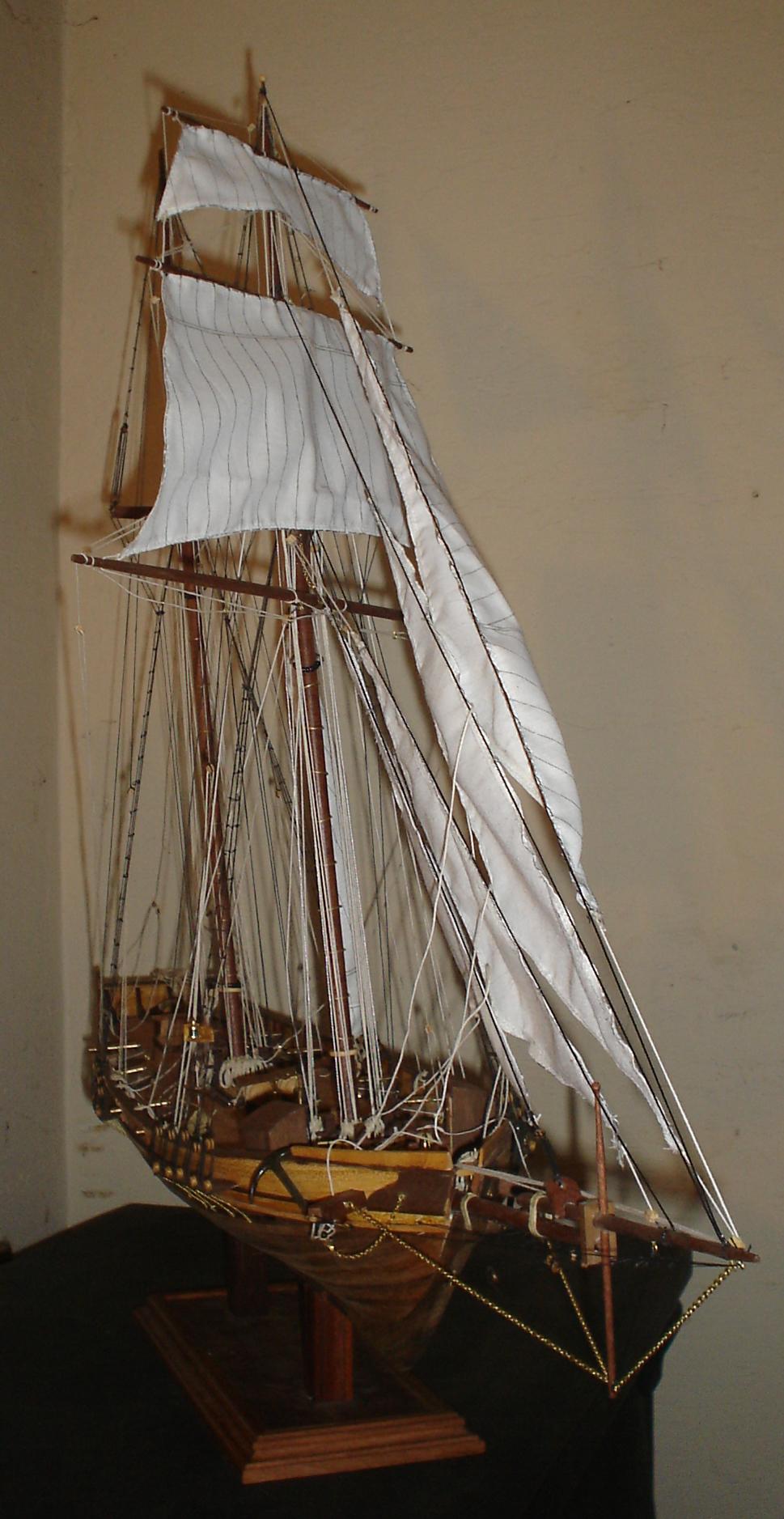 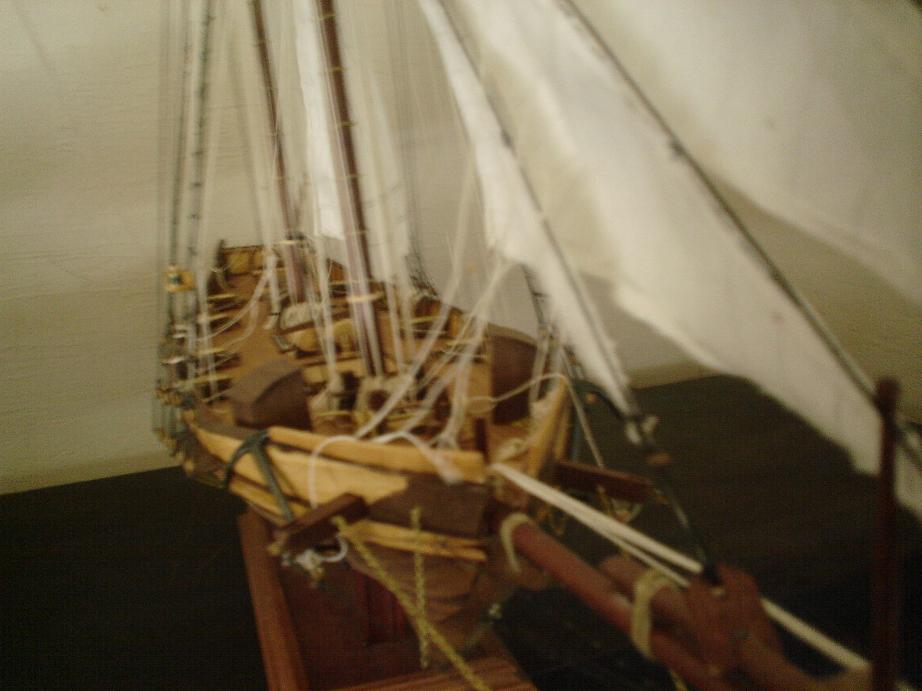 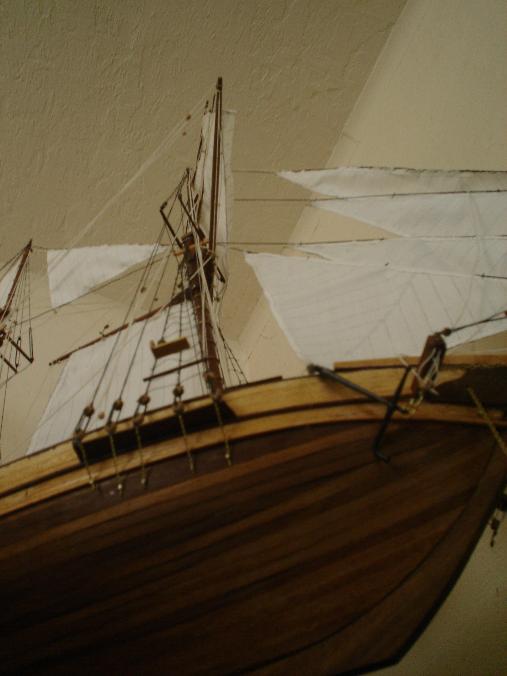 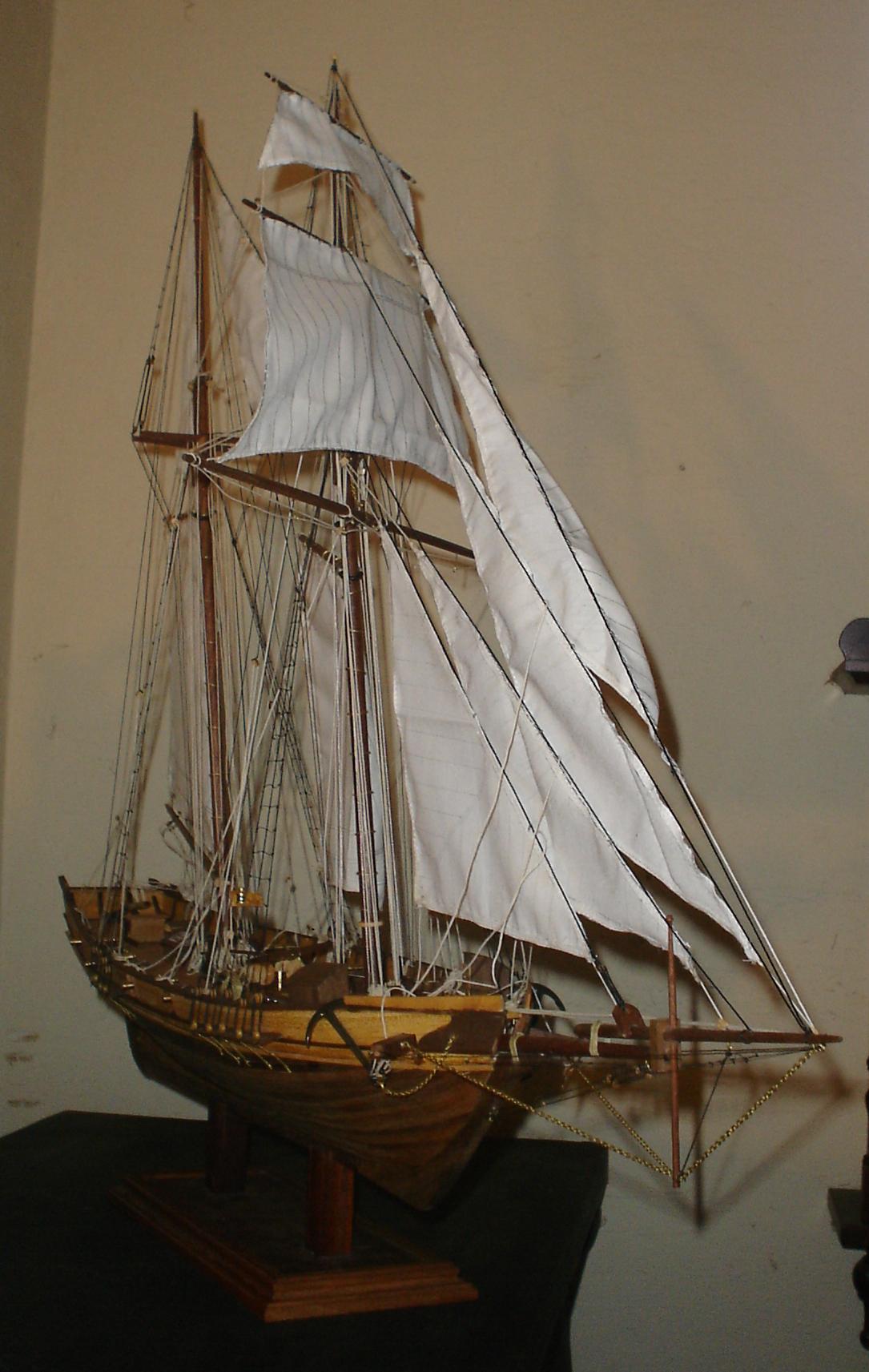 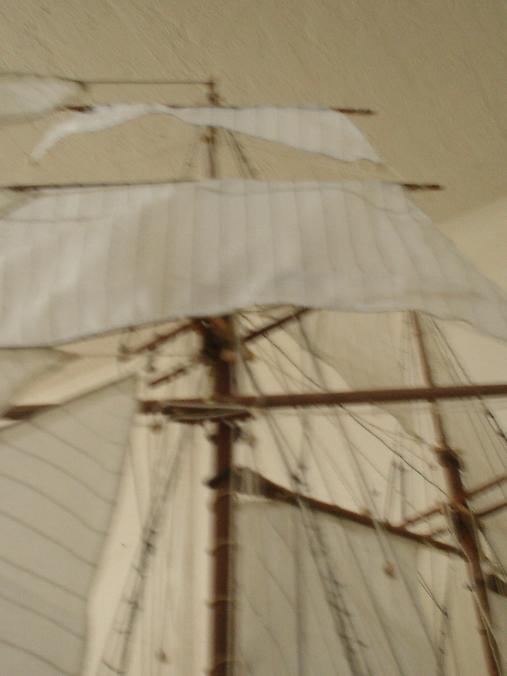 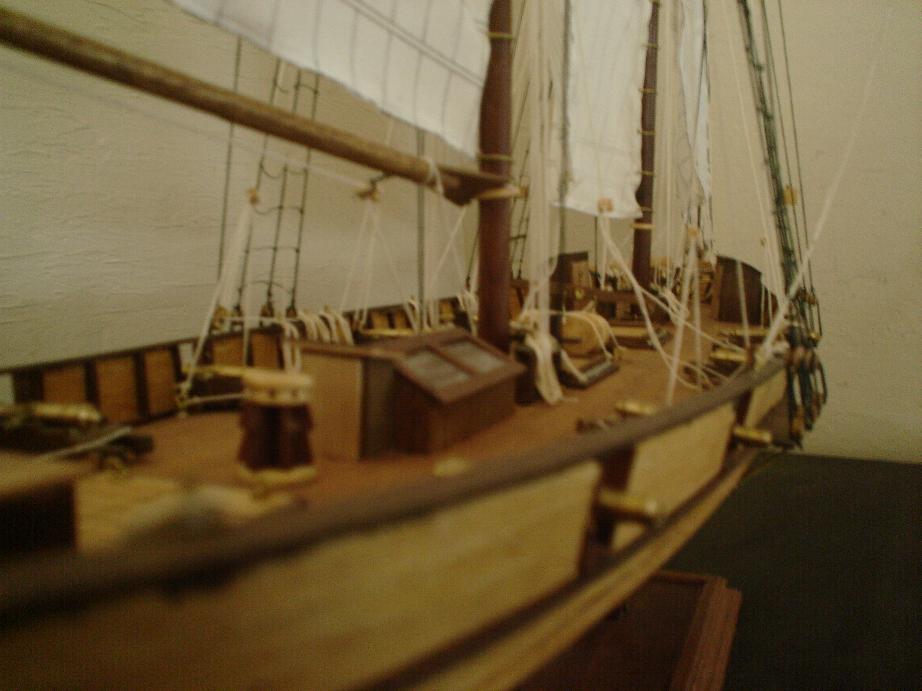 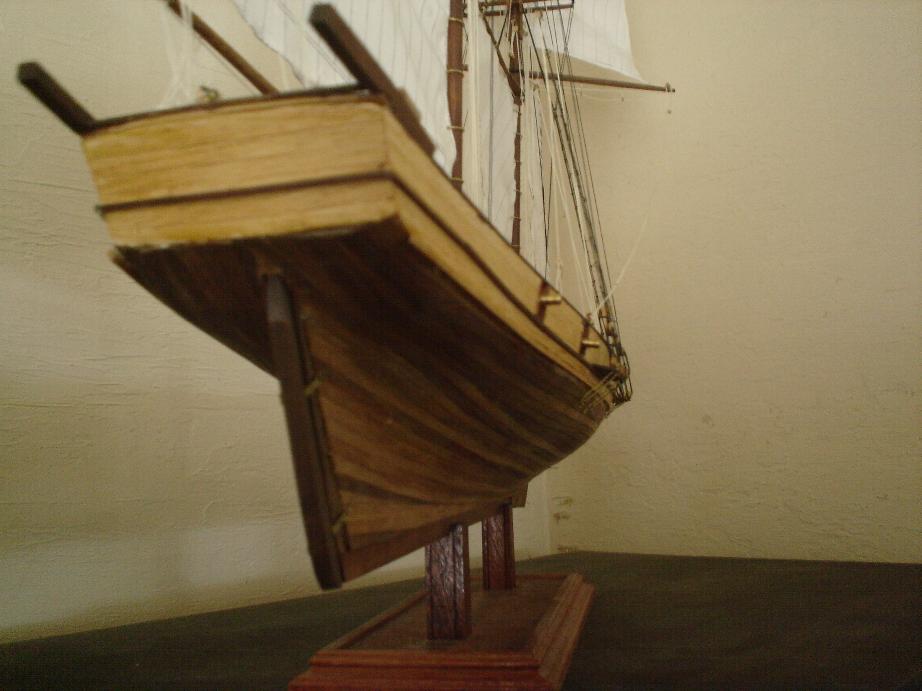 Some final notes... No, the hull isn't quite as incredibly smooth as she looks. I was out of practice on woodworking, and there are gross imperfections, raised strips, gaps filled with putty. Go back. Look at the pics. Closely. Don't see them oopsies?

That running rigging works - or worked, before I glued the knots so that they wouldn't slip. And trimmed the ends, rolled spare line and glued that in position... The line is very tight in the tackle, so not really something that needs tugging on.

Haven't seen if she floats. But I didn't seal the outer hull to be fully waterproof, the inner frame is unfinished wood, and she has no ballast. The real deals had the bottom of their hulls filled with rock to stabilize them...