I spent a day in Athens, another day in Corinth and Mycenae (sorry, I haven't scanned the Mycenaean photo's yet); as well as a week of Rhodes island and several day on Santorini. Most of my best photos from Rhodes were on a mis-loaded roll of film... 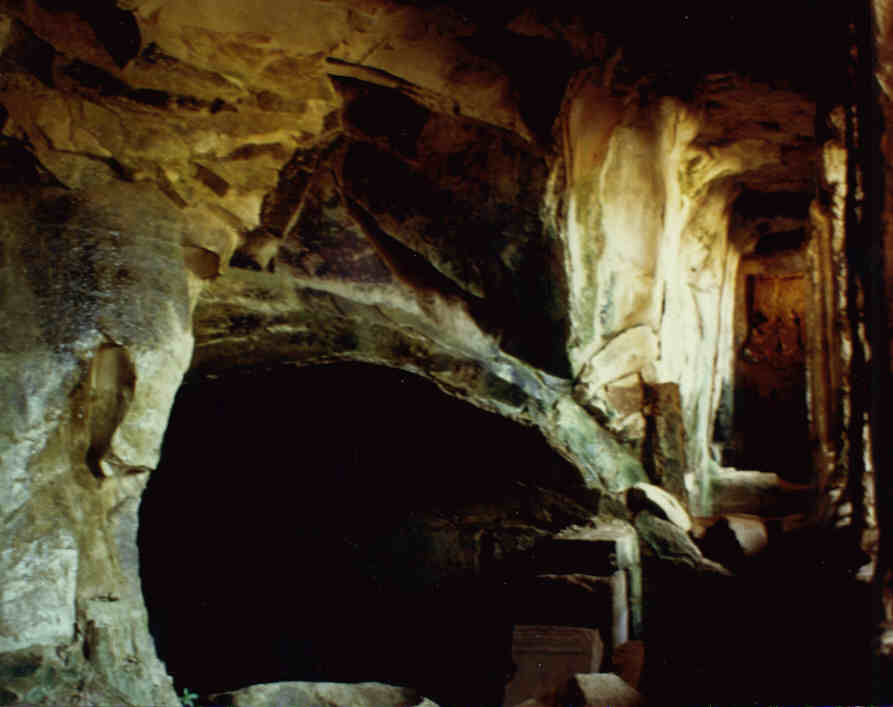 An underground spring beneath Corinth. On the other side of the columns to the right is a Roman bath. A complex drainage system lies at the far end. The tunnel at left continues for a fair distance under the city before shrinking to small for a person. 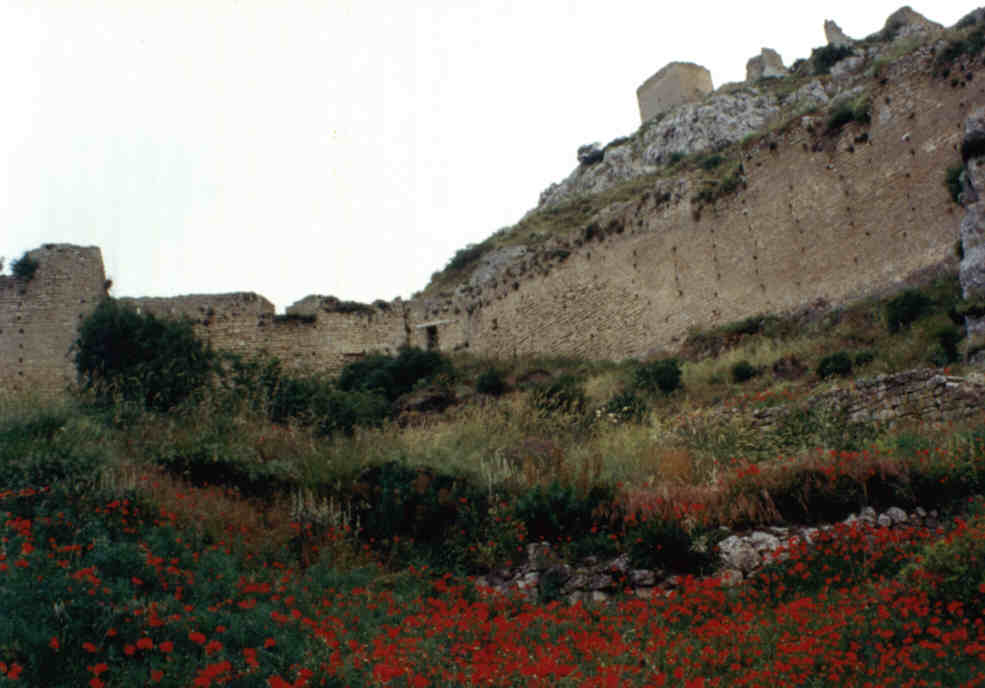 Looking up from the outer walls of AcroCorinth, the fortress above the city. 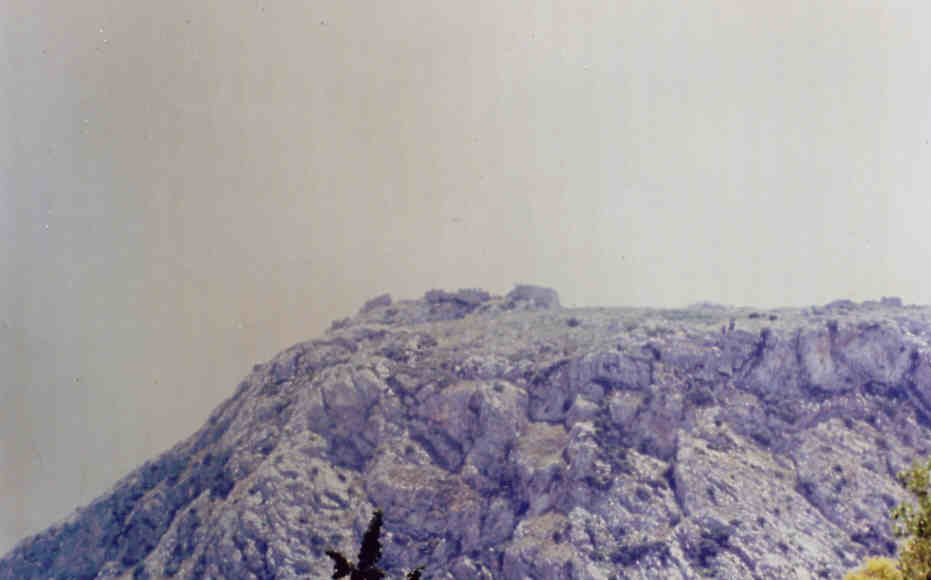 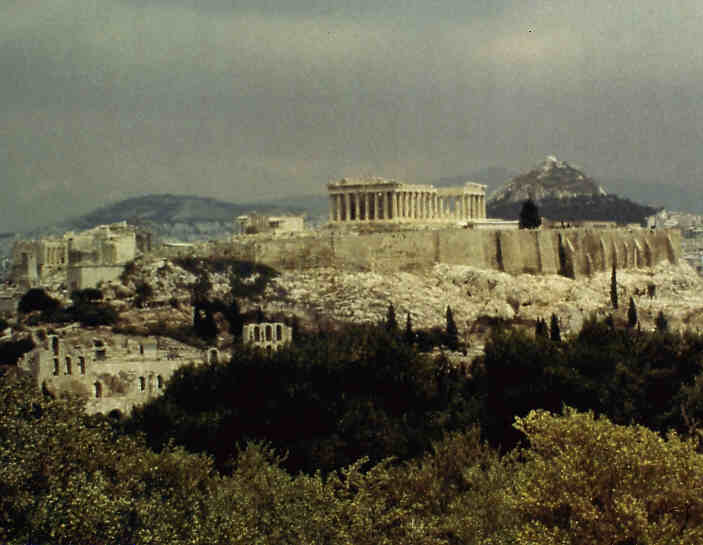 The Acropolis of Athens. 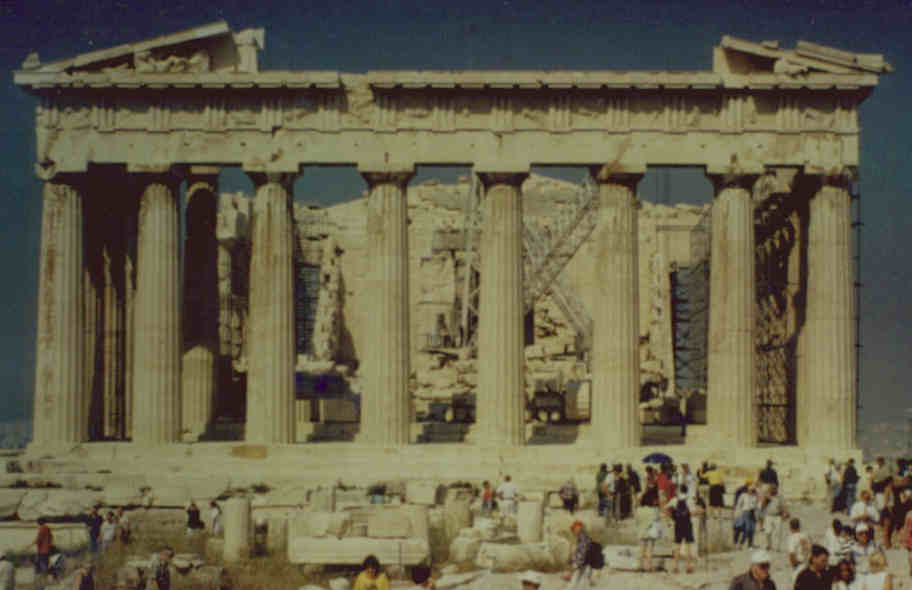 The Parthenon of Athens. 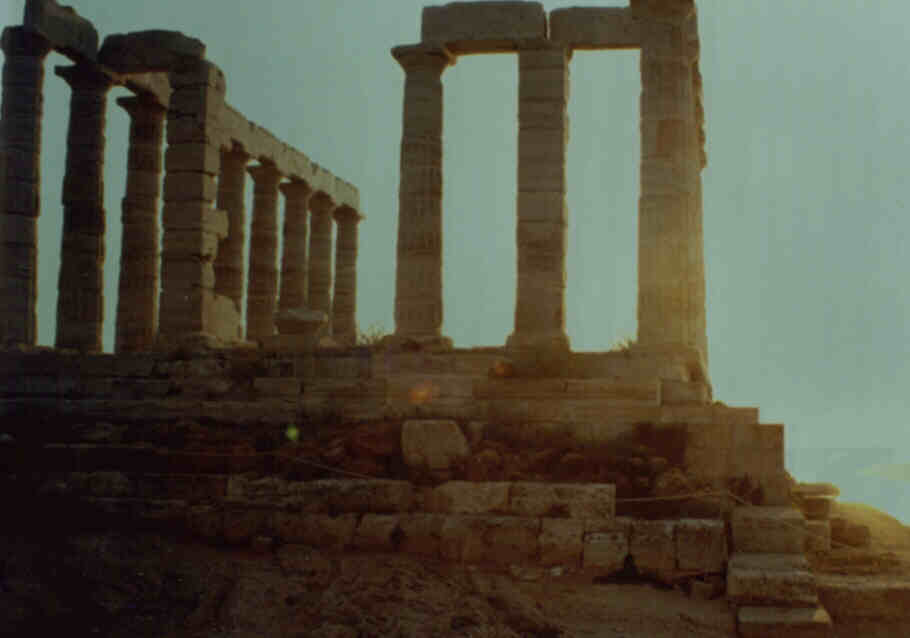 Temple of Poseidon at Sunon. 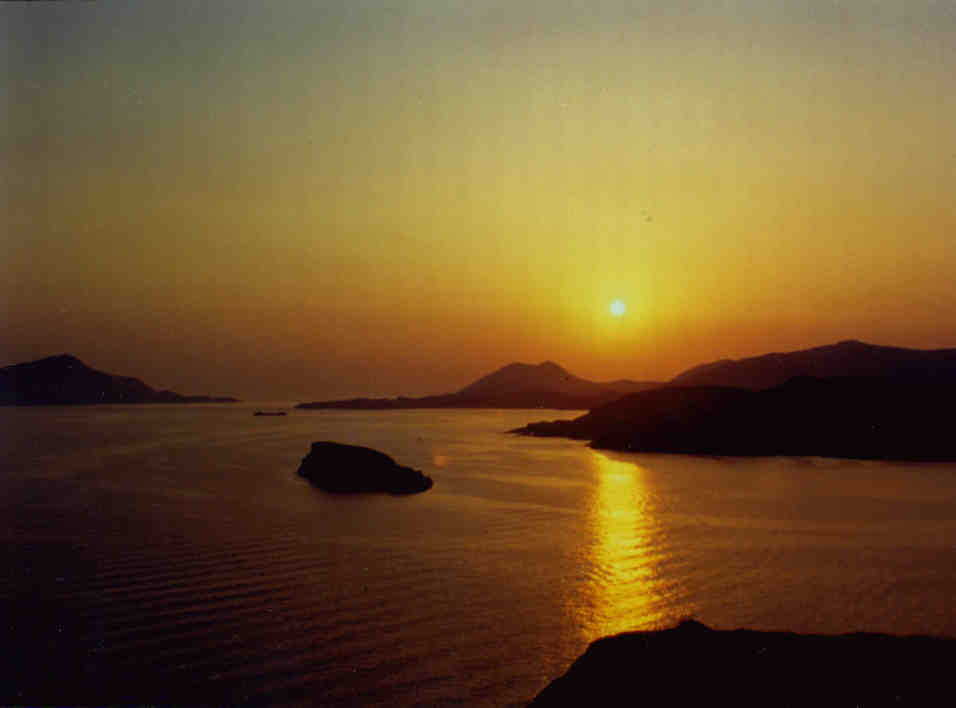 View from Temple of Poseidon. 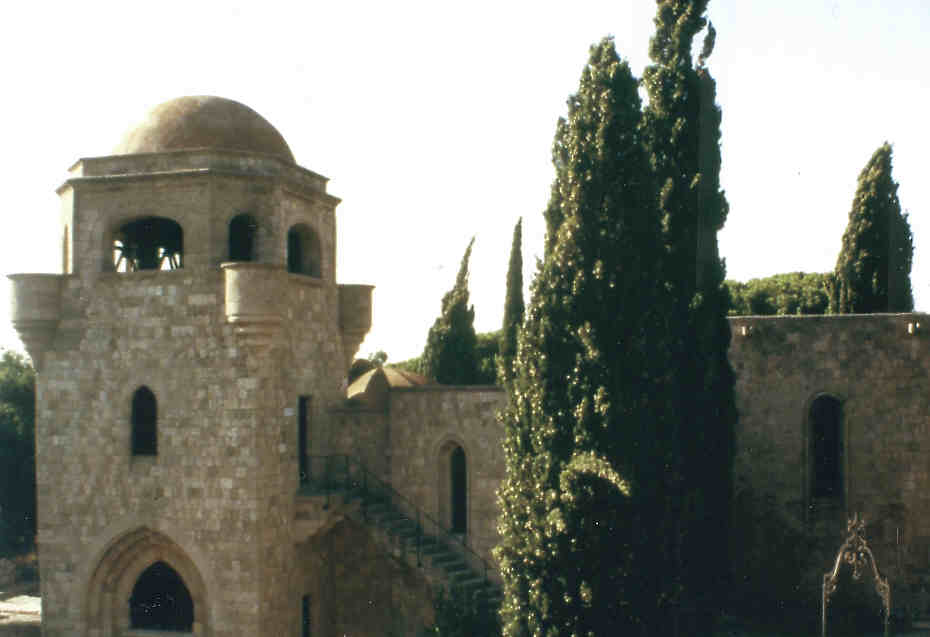 Overlooking the old city of Rhodes, from the wall. 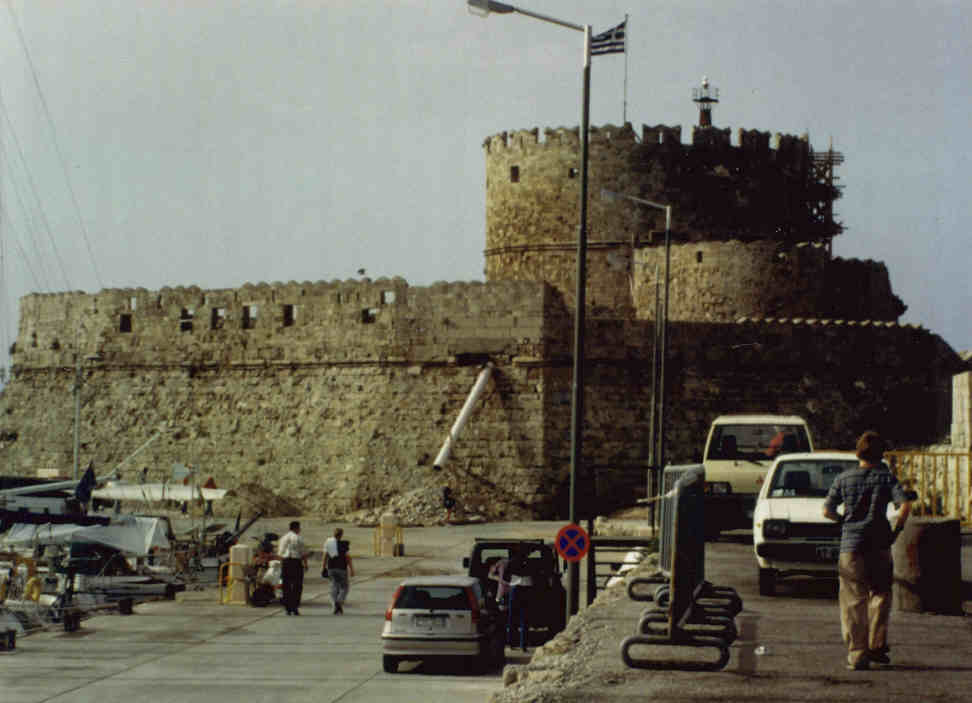 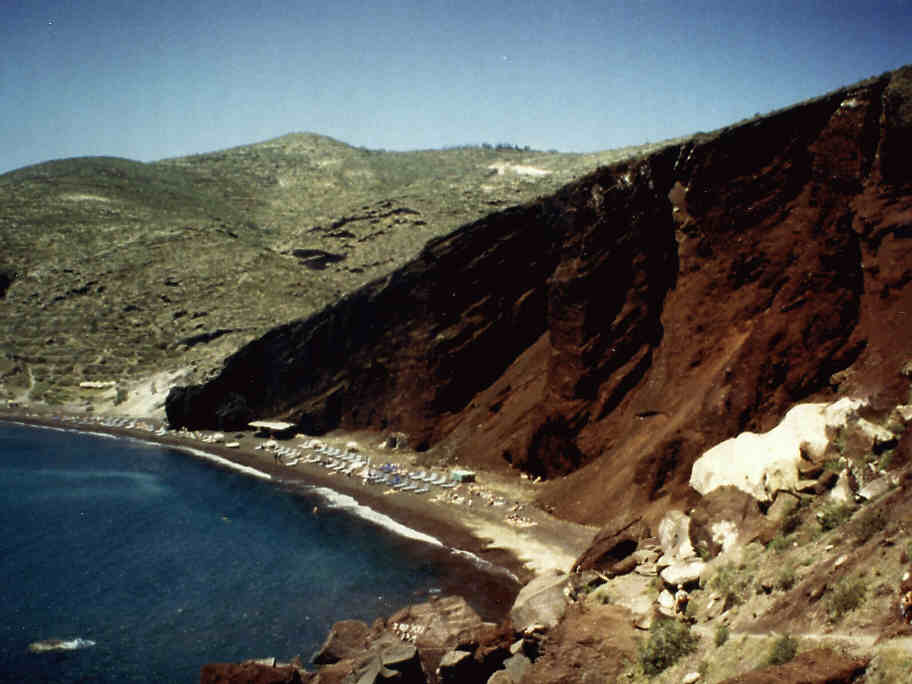 Beach on the south side of Santorini. 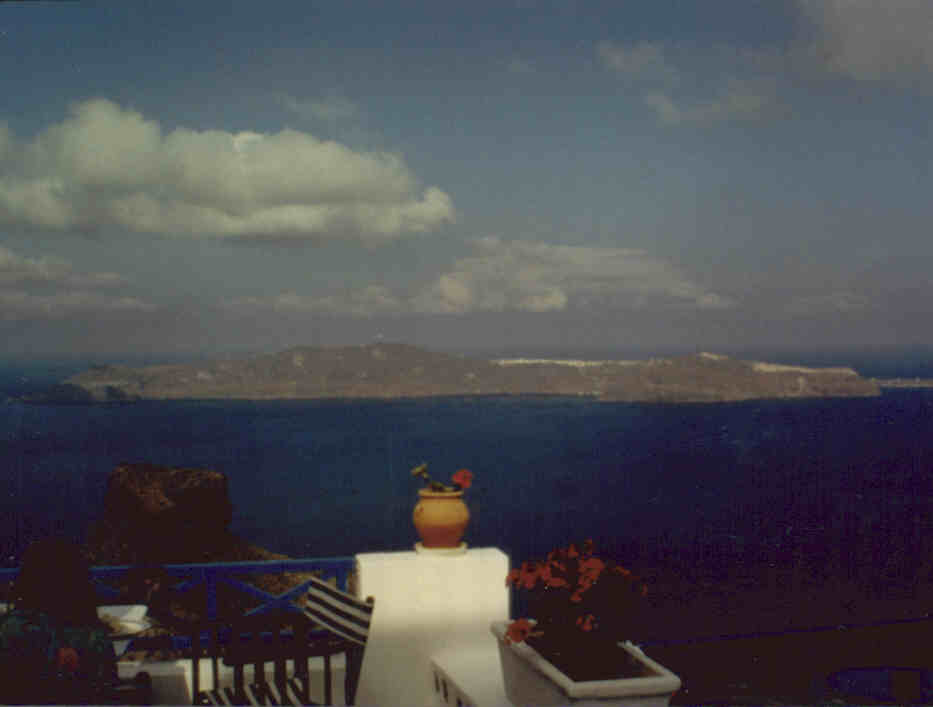 View from our hotel. 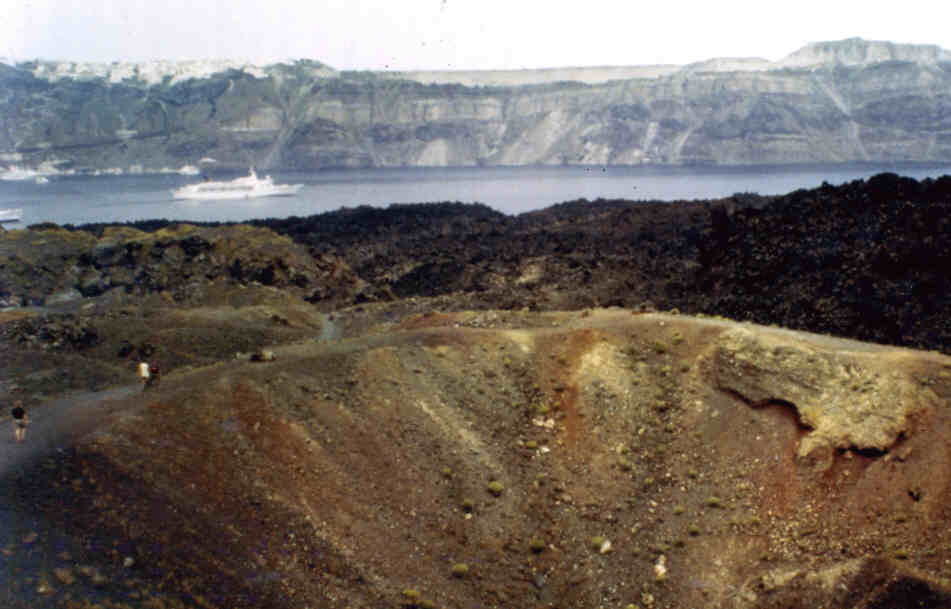 The sulfuric steam from the volcano doesn't photograph very well...

Excavation on the south side of the island.